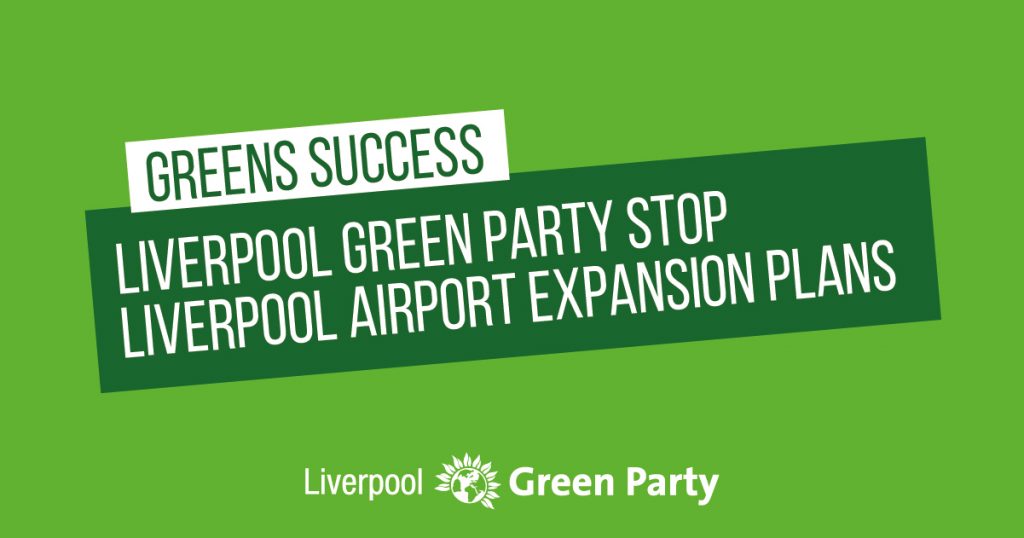 Councillors agreed to reject the airport’s expansion scheme and tell it to review future plans ‘taking the climate crisis into consideration.’

Cllr. Key told the Full Council meeting: “We simply cannot plan for transitioning to a Net Zero Carbon economy by 2030 and expand the airport in Speke. It cannot be done. We should all thank The Save Oglet Shore & Greenbelt campaign and Liverpool Friends of the Earth who have been campaigning hard on this issue.”

The Green Party had called for an end to public financing of the airport, but reluctantly agreed to a Labour amendment for a report that will review the impact of ‘removing financial support.’

Cllr Key said that Liverpool had to take the hard decisions needed to tackle the climate crisis and move to a net zero carbon economy by 2030.

“We must recognise that relying on global tourism – drawing ever more international visitors in through an expanded airport and ever bigger ships berthing at a new cruise liner terminal – was always bad for the environment. Post-pandemic, it will also be a non-starter for the economy and job security.

“We need a new, bold vision for our local economy based on a Green New Deal that protects people’s incomes and creates jobs that are sustainable for people and the environment.”