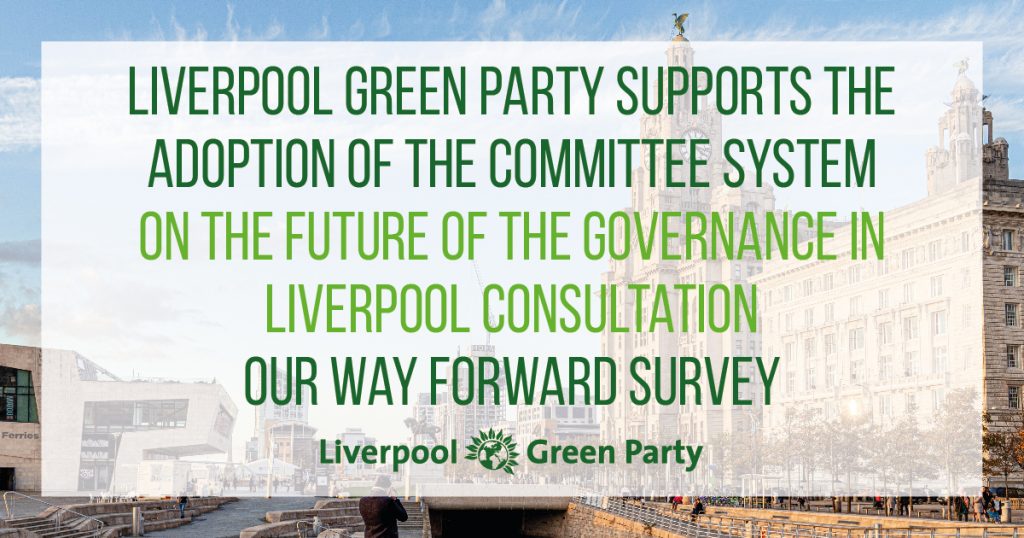 Liverpool City Council has launched a consultation over future governance of Liverpool called “Our Way Forward”. This replaces the promised referendum by Labour at the last mayoral elections. You may have received a letter about it.

We are very critical of this consultation. Once again, the people of Liverpool are being denied a proper say on how we are governed.

In 2012, while voters in cities across the country were asked if they wanted an elected mayor, Liverpool Labour decided they knew best and imposed the mayoral model. The result was a decade of chaotic mismanagement. Now the city council is having to work round the clock trying to fix the mess left behind.

This consultation does not have the same democratic authority as a referendum which takes the decision away from the people, allowing us an opinion only. We championed holding a referendum and would much prefer to trust the people of Liverpool to have been able to use that referendum to decide how their City should be run.

As it stands the responses to the consultation will need interpreting, and that will still leave the final decision with the Labour Party.

At Liverpool Green Party, we are strongly in favour of adopting the committee system since it involves many more councillors in decision making and policy development.

Under the current system even most Labour councillors have very little to do with real decision making. It is only Cabinet members who have real executive powers. Other democratically elected councillors are simply shut out. Even within the Cabinet, the Mayor sets the agenda and can predetermine outcomes. Power is really concentrated in a very small number of individuals. This leads to poor decision making, not least because it fails to make use of the skills and experiences of all the 90 councillors elected to represent their communities.

The public rightly complains about “yah-boo” politics and it is shocking how often the debates in the Council Chamber descend into pointless political point scoring because decisions are really taken elsewhere.

A committee system means different parties having to sit down together and really decide how best to deliver for the people of Liverpool.

Councillors will soon realise that they agree on a lot, while learning to respect distinctive perspectives.

The imposed Mayoral system opened the door to the shame of the Joe Anderson’s years, and slammed it shut on transparency and democratic accountability. It’s time to ditch the personality politics and let the people back in.

We recommend you select the option “By one or more committees made up of elected councillors” on the consultation. We believe this change would make the council more accountable, more democratic and more effective.