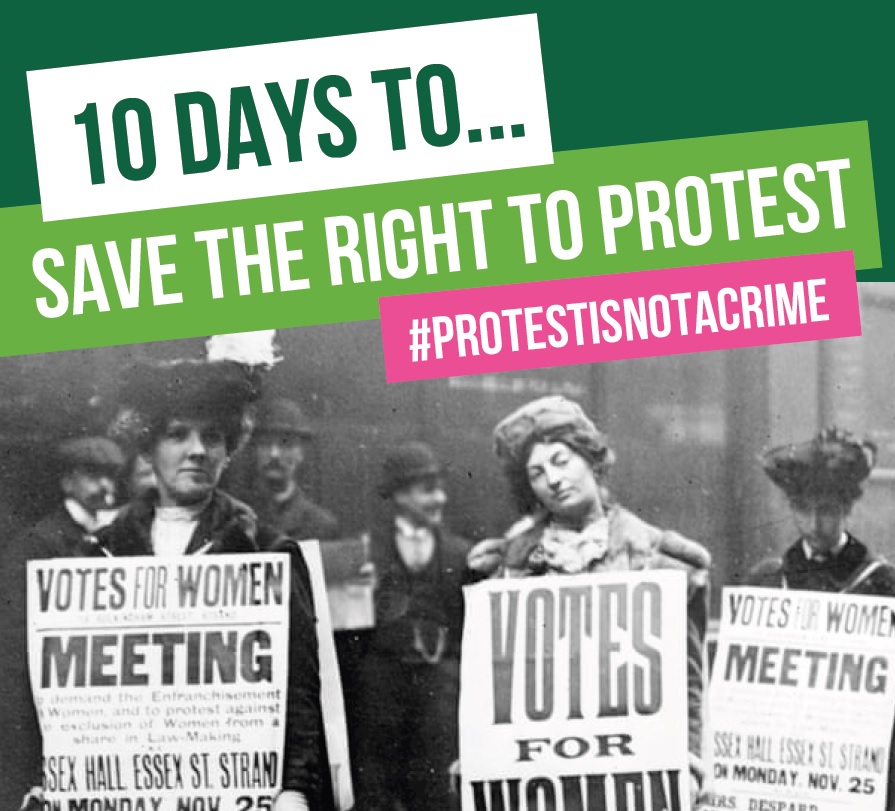 Our long march to democracy is marked by the numerous campaigns, protests and demonstrations that forced successive reluctant governments to extend to right to vote to adults, allow workers to organise in trade unions and extend civil liberties to all.

Today, we need to protest protect those liberties and enforce them for people excluded from society. We also need the right to protest and demonstrate to protect our plant from the ravages of climate change.

The Bill has reached a crucial stage in the House of Lords.

Our Green peers Jenny Jones and Natalie Bennett have been leading opposition in the Lords to this extremely dangerous Bill, which effectively allows the police, acting under instruction from government, the power to stop any protest.

The offences created by the Bill criminalise peaceful protesters and carry a maximum sentence of 51 weeks in prison. This is an assault on some of our most fundamental democratic rights.

Liverpool Green Party is supporting the national Save the Right to Protest campaign.

Time is short. We need to come together and do all we can to resist the Bill. This is how you can play your part.

There is still time to save the right to protest, if we work together.