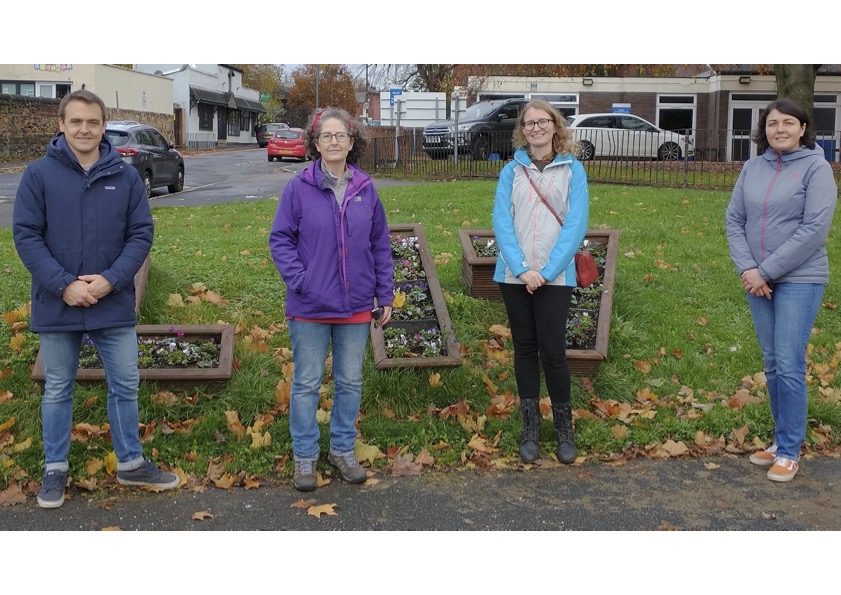 The campaign was framed by the horrors of Covid and the restrictions that imposed on public activities.

Green Group leader councillor Tom Crone said: ‘Our campaigns are rooted in our communities and are people-driven. That means getting out, meeting people, mixing, getting things done collectively.

‘We haven’t been able to that so much in the last year and that favours the machine politics of the big parties who have more money to spend and higher media profiles.

‘It’s unfortunate, but we have to work so much harder to get the seats because of a first-past-the-post voting system that doesn’t treat voters equally.

‘Even so, we have given Labour a real fright in their heartlands of Wavertree and Greenbank, retained our seat in St Michaels where Sarah Jennings was stepping down after 13 years and made our presence felt in every ward.’

Cllr Crone said: ‘We had amazing candidates in Liverpool, not least Steph Pitchers who stepped into the shoes of Green councillor Sarah Jennings, stepping down after 13 years of service.’

Steph Pitchers said: ‘Thank you so much to all the support I've had. Now the real hard work begins.’

Cllr Crone also pointed to Dan Fieldsend in Greenbank, David Morgan in Wavertree and a vibrant and energetic first-time effort in Everton from Kevin Robinson-Hale.’

Dan Fieldsend pointed to a short campaign to build up support across the ward that left him second to the Labour candidate, but added: ‘If each Green can influence small changes in our local societies, then we'll do wonders for the wider world.’

In Wavertree, David Morgan leapfrogged the Lib Dem candidate into second place, and doubled the Green vote. He said: ‘I’ve clearly tapped into a desire here for an alternative to the machine politics of Labour and it is up to the Green Party to work with residents on the issues that really matter to them and are not being addressed.’

Kevin Robinson-Hale, who quit Labour to run for the Green Party in Everton, said: ‘I came in third, 15 votes behind our councillor of more than 30 years. Thank you to everyone that helped.’

Cllr Crone, whose vote in the City Mayor contest was squeezed by the emergence of the Independent candidate running Labour’s Joanne Anderson to a second round, added: ‘Across the city wards, the Green vote increased slightly from 2019 - 13.4% to 14%.

‘It is disappointing that it was not higher, but given the unique circumstances in the run up to voting, I still believe we have firm foundations from which to campaign in the future.

‘Labour shouldn’t believe that they have escaped the fallout from their mismanagement of the council over the last 10 years. Many of the councillors who benefitted from supporting or not opposing the Joe Anderson regime and the bullying, intimidation and dubious deals associated with it are still there.

‘The Caller report has to be implemented and the Labour Party must face up to its responsibilities for the crisis we are now in.

‘We will be standing up for those who believe we need a clean break and a fresh start that puts people’s well-being and the environment first, not covering up for past mistakes.’