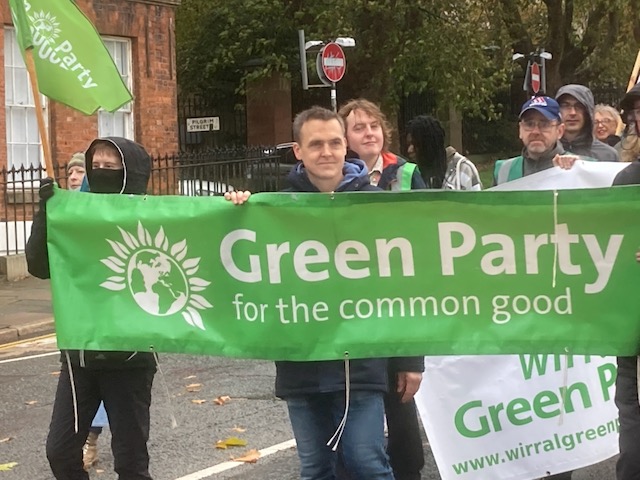 It becomes clearer every day that Liverpool Council requires a fundamental reconstruction if it is to deliver for the people of our city, Green Party leader Tom Crone declares today (June 15).

The Green councillor called for a new start with a cross-party council committee established to oversee the long-term changes.

The call comes on the eve of expected new Tory government interventions in the running of the council.

Government-appointed Commissioners already oversee crucial council functions and are believed to be poised to extend their reach after fresh revelations of Labour  failings.

‘It is clear that the Commissioners have significant new concerns,’ says Cllr Crone..

‘The Max Caller report was just a starter for ten. The more we look into how this council works the more dysfunction and poor practice we uncover.’

Cllr Crone said that the people of Liverpool were now paying for decades of poor political leadership from successive Labour and Liberal Democrat administrations, worsened by government cuts.

‘We have too few overworked staff being asked to work under a hopeless political leadership with government-appointed Commissioners looking over their shoulders.

‘We need a radical new alternative so that the people of Liverpool can take back control of their own futures, tackle the cost-of-living crisis and face up to the climate emergency.’

Cllr Crone called for a strategy that will:

Cllr Crone says: ‘I know that staff are working so hard to make improvements, and we need to support them through a fundamental rebuild which will take years.

‘There is a consultation coming to a close on the future system for how the council is run. Hopefully, it will ditch the Mayor model so let’s get as many councillors as possible working cross party on a solution as soon as possible.