David Morgan is the Green Party’s candidate for Wavertree ward. He’s lived in Wavertree ever since moving to Liverpool 11 years ago. David joined Liverpool Green Party (LGP) about 7 years ago and was chosen as our candidate for Wavertree in 2019 and again in 2020. David’s commitment to LGP doesn’t stop there, he has been our local party Treasurer since 2014 and has represented LGP in previous local elections.

David is passionate about the full range of Green issues including; traffic reduction, cutting plastic use, recycling and the circular economy, renewable energy, and green finance. Over the last twelve months he has been working hard to foster a safer, more considerate community for the residents of Wavertree.

For more detailed information about David Morgan’s work in Wavertree and to get involved with his campaign, check out his website here 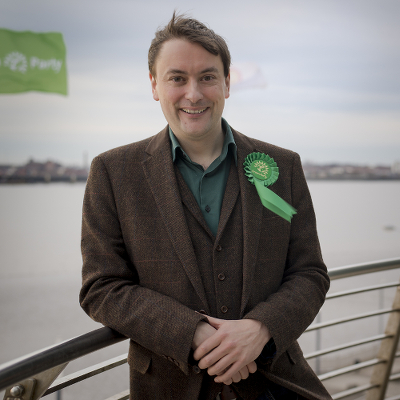 A huge success for us in Wavertree which saw Labour very much on the ropes. David received more than double the amount of votes cast for the Green Party in 2019 and leapfrogged the Lib Dems into second place. An excellent springboard for next time!

Keep up to date with Wavertree ward

Help us Elect a Green Cllr. in Wavertree