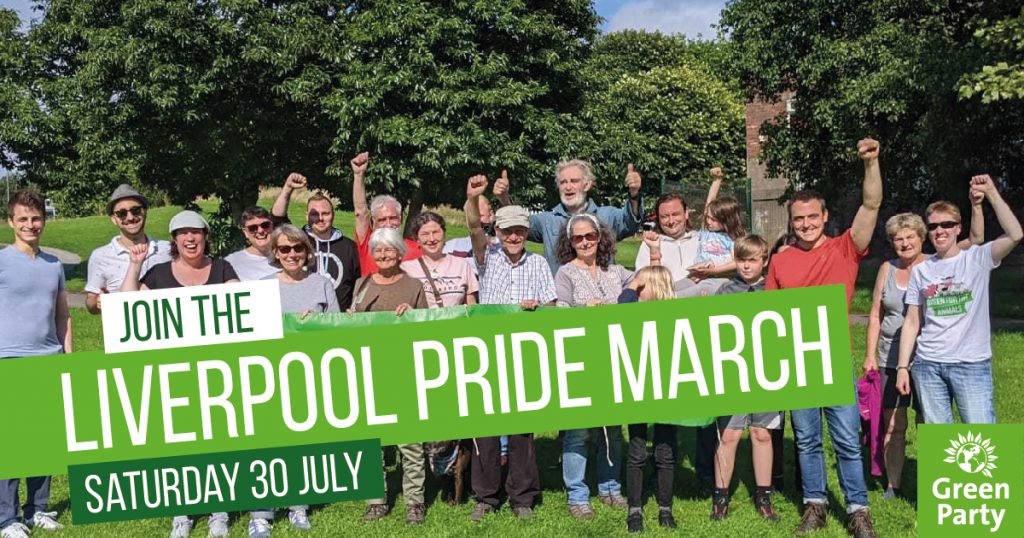 Liverpool Pride March is back and taking to the streets once again in protest, solidarity and celebration. Join the march with Green Party members across Liverpool City Region and beyond.

We encourage all assistants to bring pride flags, Green Party t-shirts/badges and placards.

The high-profile hate crimes of last summer, the Government’s continued attack on Trans and Non Binary  identities and the injustice and discrimination around the world just shows there is still so much to come together and stand up for as a community.

In 2019, over 12,000 people from across Liverpool City Region and beyond took to the city’s streets, turning Liverpool city centre into a sea of rainbow and togetherness. After the three year hiatus due to the pandemic, it’s expected that record numbers will join the march this year.

Confirm your attendance below or by emailing us here.